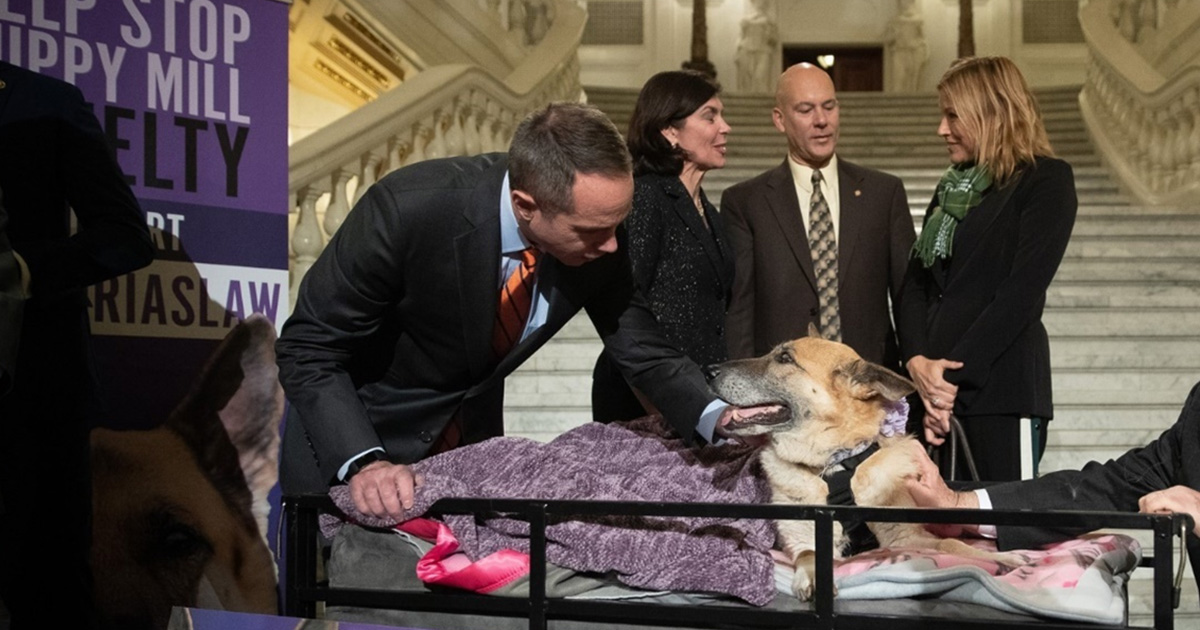 After a decade in a Pennsylvania puppy mill, a German Shepard named Victoria was finally rescued, although she had developed Degenerative Myelopathy, an incurable and paralyzing disease that was passed on to the more than 150 puppies she was forced to continuously breed.

She became the face of Senate Bill 44, or Victoria’s Law, which would prohibit the sale of dogs, cats, and rabbits in pet stores throughout Pennsylvania unless sourced from shelters and rescues.

Victoria passed away earlier this year, but you can show your support for ending the cruelty that so many other animals are still forced to endure at the hands of irresponsible breeders in Pennsylvania’s puppy mills.

Sign up below to receive email or text message updates and let legislators in Harrisburg know that you stand with Victoria!