BUCKS COUNTY – August 24, 2022 – Senator Steve Santarsiero (D-10) announced $200 million in state funding to address student mental health and school safety in this year’s budget during a press conference in Lower Makefield Township. The Senator was joined by Mark Barden, Founder and CEO of Sandy Hook Promise, and representatives from the Pennsylvania Department of Education and the Network of Victim Assistance (NOVA Bucks) to encourage school districts across the Commonwealth to apply for these grant funds through the Pennsylvania Commission on Crime and Delinquency ahead of the August 31st application deadline.

The program is based on Senator Santarsiero’s Senate Bill 1263, the Safety and Violence Education (SAVE) Students Act, which would require schools to implement at least one hour, or a standard class period, per year of suicide prevention training, violence prevention training, and social inclusion training to students in grades six through twelve.

“In this year’s budget, we were able to get many aspects of the SAVE Students Act passed, and most importantly, funded,” announced Senator Santarsiero. “As a society, we have an obligation to support our children and keep them safe.  To do that, we must focus on mental health issues in our schools.  Every district across the Commonwealth should be taking advantage of this funding and implementing evidence-based programs to effectively teach youth and adults how to prevent school violence, shootings, and other harmful acts.”

The effort to mandate this training has been advocated for by Sandy Hook Promise, a non-profit group based in Newtown, Connecticut, led by several family members whose loved ones were killed in the 2012 mass shooting at Sandy Hook Elementary School.

“What we are doing is working together to not only save lives, to stop acts of violence, prevent suicides, but to foster a more connected culture of upstanders, students who know to look out for one another,” Mr. Braden said.  “I can tell you from experience what one school shooting does to a family and a community.  Hundreds of suicides have been prevented by students who were trained in these programs.  This works.  I want to share my heartfelt gratitude to Senator Santarsiero and all the folks who have been working tirelessly, relentlessly and persistently to get this life-saving legislation across the finish line and implemented into the schools here.

Dr. Deb Carrera, Executive Deputy Secretary for the Pennsylvania Department of Education echoed the importance of these programs saying, “This $200 million investment is an historic investment to support schools with what we know they already need.”

School districts across Bucks County have been working with community organizations, like NOVA Bucks and National Alliance of Mental Illness (NAMI Bucks) to conduct prevention education training in schools.

“This is about committed people coming together to do something in a positive way to help our children, to create a world we all want to live in,” said Mary Worthington, Director of Prevention and Training at NOVA Bucks.  “NOVA has been in Bucks County doing prevention programs for nearly 40 years and one of the most important missions that we have is collaborating with schools, parents and our community at large.”

Senator Santarsiero emphasized that while this funding in the budget is important, there is still work to be done.

“We really do need to have these programs across the Commonwealth, in every school.  I’d like to see a uniform approach spearheaded by the Pennsylvania Department of Education, which is why passing SB 1263 is still important,” he said.

Additional information about the School Mental Health and Safety and Security Grant funds can be found at https://www.pccd.pa.gov/schoolsafety/. 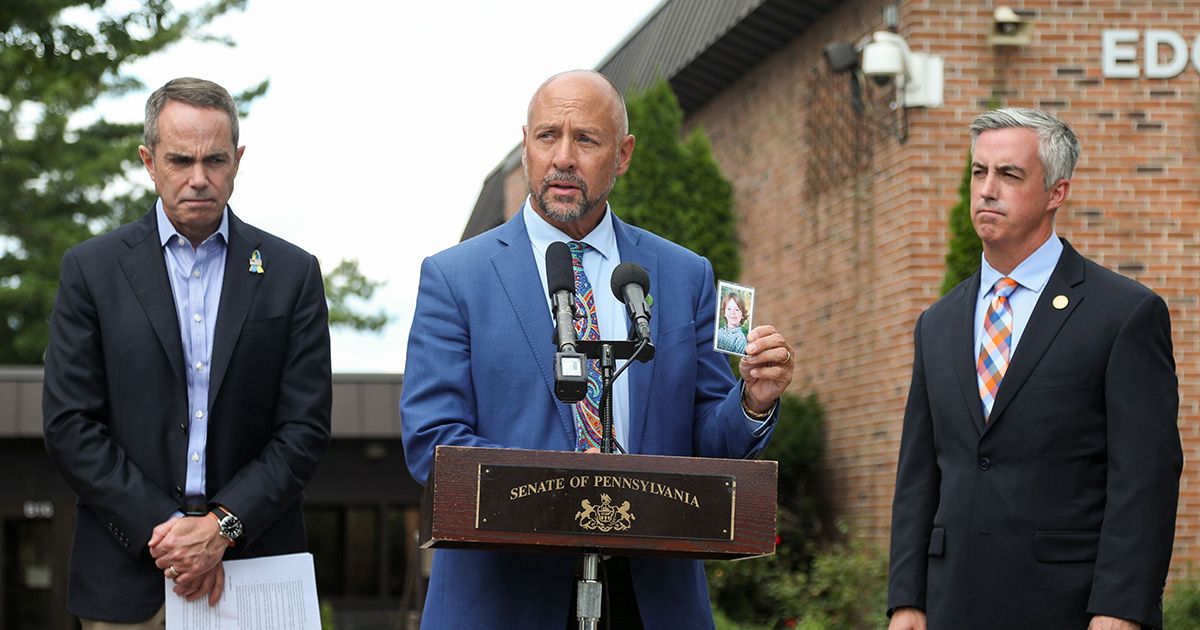 BUCKS COUNTY − June 29, 2022 − Senator Steve Santarsiero (D-10) announced today that he has introduced legislation to support student mental health in our public schools.  Senate Bill 1263, the Safety and Violence Education (SAVE) Students Act would require schools to implement at least one hour, or a standard class period, per year of suicide prevention training, violence prevention training, and social inclusion training to students in grades six through twelve.

“As a society, we have an obligation to support our children and keep them safe,” said Sen. Santarsiero.  “Experts say childhood depression and anxiety were on the rise for years, but the pandemic’s unrelenting stress and grief exacerbated the problems.  These early-prevention measures empower everyone to keep our schools and communities safe, and effectively teach youth and adults how to prevent school violence, shootings, and other harmful acts.”

In the training, school personnel will also learn how to identify the signs and signals of depression, suicide and self-injury in students, and when and how to refer youth and their families to appropriate mental health services for assessment within the school entity and the community.

The legislation has support from the Network of Victim Assistance (NOVA) in Bucks County, which offers programs like the ones in the legislation to area schools.

“NOVA supports SB 1263,” said NOVA Executive Director Penny Ettinger. “As the comprehensive victim service organization in Bucks County, the core of our mission is violence prevention. For over 30 years, NOVA has provided school-based programs that not only give students and school personnel the tools to recognize signs of a young person suffering but also deliver an age-appropriate interactive learning experience that advances and creates a culture of empathy, kindness, inclusion, and positive relationship building. The demand for these programs and our suicide prevention training has significantly increased over the past year.”

The effort to mandate this training has been advocated for by Sandy Hook Promise, a non-profit group based in Newtown, Connecticut, and led by several family members whose loved ones were killed in the 2012 mass shooting at Sandy Hook Elementary School.

“Experience tells us that when students are taught how to contribute to the emergence of an inclusive school environment and how to recognize the signs and signals of someone who may be at risk of harming themselves or others, they do the right thing; they speak up. SB 1263 will ensure all students have access to high-quality violence-prevention training and the opportunity to help others by being Upstanders instead of bystanders,” said Mark Barden, co-founder and CEO of the Sandy Hook Promise Action Fund.