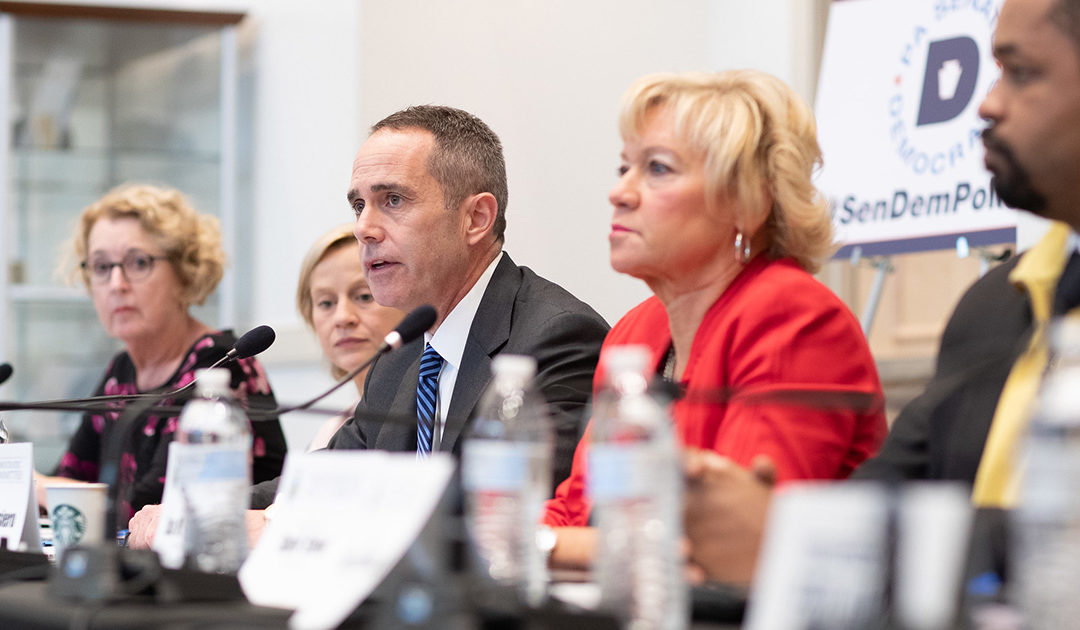 LOWER MAKEFIELD − October 17, 2019 – At the request of state Sen. Steve Santarsiero (D-10), the Senate Democratic Policy Committee held a hearing on Santarsiero’s SB 868, or “Kayden’s Law,” which would provide children in the family court system with greater legal protections by adding to the evidence judges consider in making custody and visitation decisions.

“A child’s safety is too often overlooked in custody mandates, instead focusing primarily on parental rights,” Sen. Santarsiero said. “These proceedings, as we’ve seen, can mean the difference between life and death for children in dangerous situations. Pennsylvania must do more to protect the wellbeing of our children involved in custody disputes and Kayden’s Law is that next step.”

Kayden’s Law is named after 7-year-old Kayden Mancuso of Lower Makefield Township, who was killed by her biological father last year during a court-mandated unsupervised visit. The father was granted unsupervised visitation despite an extensive history of violent behavior and suicidal thoughts.

Sen. Lisa Boscola (D-18), who chairs the Senate Democratic Policy Committee, added, “The safety of our children – especially in custody proceedings – needs to be a top priority. What is in a child’s best interest is often difficult to determine during these emotionally charged proceedings. Our laws need to make clear that a child’s safety is paramount.”

A 2017 study conducted by the George Washington University Law School reviewed 4,000 domestic court cases and found that an abuser was given custody or unsupervised visitation 81% of the time. Kayden Mancuso was the 647th child of a divorced or separated parent to be killed in the United States by a parent since 2008.

“Had the laws protected my child instead of parental rights, she would still be here,” said Kathryn Sherlock, mother of Kayden. “My child was failed by family court.”

Senate Bill 868 encourages new guidelines for courts in custody and visitation rulings, including establishing an evidentiary hearing to thoroughly vet allegations of abuse, and urging the Administrative Office of Pennsylvania Courts to implement an ongoing, evidence-based training program for judges and other relevant court personnel regarding child abuse and domestic violence.

Danielle Pollack, an ambassador of Child USA, gave lengthy testimony regarding the many instances when children are forced to live with a violent or sexually abusive parent by court order. She said 58,000 children are ordered into the care of abusive parents annually, in many cases because family courts put more emphasis on “reunification” of families as opposed to listening to the allegations of abuse from both parents and children.

“It is up to us to create this change, using valid evidence-based approaches and enhanced training for judges and court personnel, not mythologies, personal biases, and theories which have no scientific validity,” Pollack said.

In conclusion, Santarsiero said, “this is step one.” He said in reference to today’s testimony, and the suggestions made by all organizations about how to further training for those involved in child custody proceedings.

“We need to build public support throughout the state to get this legislation passed,” Santarsiero said.

Video of the hearing can be provided to press upon request, and video of the complete hearing will be posted to SenatorBoscola.com/policy after the hearing.