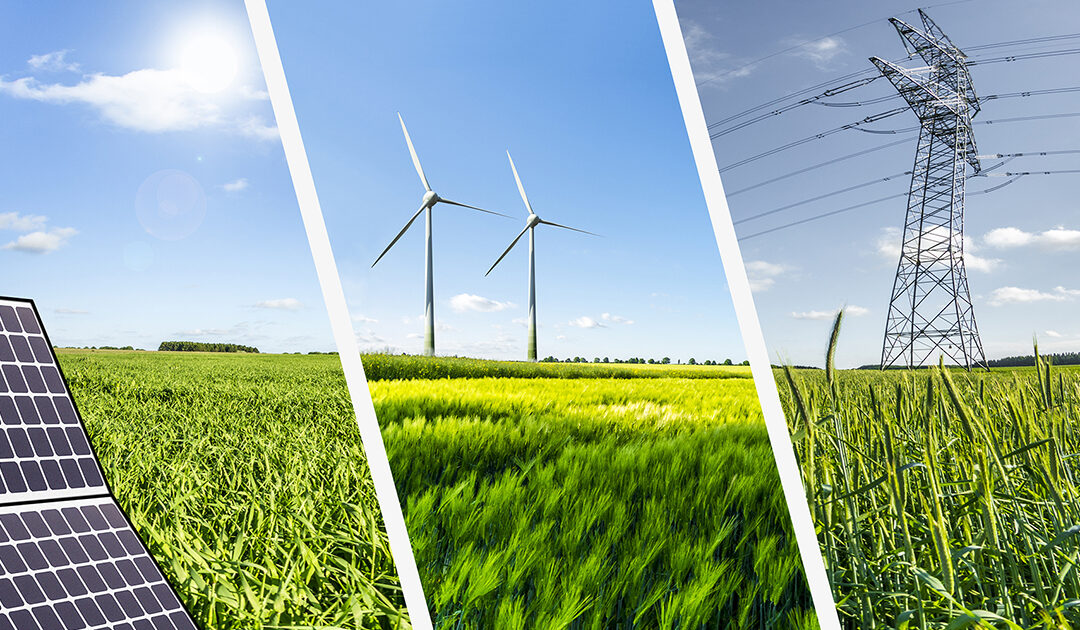 BUCKS COUNTY – April 21, 2021 – State Senators Steve Santarsiero (D-10), Art Haywood (D-4) and Carolyn Comitta (D-19) announced today during a virtual press conference that they will be introducing SB 300, a bill to expand the state’s Alternative Energy Portfolio Standards (AEPS) Tier I requirement from 8% to 30% by 2030.  Highlighting the benefits of job creation and curbing the devastating effects of climate change, the senators shared a vision for a sustainable energy future in Pennsylvania.

“Global climate change is one of the greatest challenges facing our generation. It has already had significant impacts on the environment, from rising sea levels to more extreme weather events, costing businesses, governments and taxpayers billions of dollars,” said Sen. Santarsiero.  “It is long overdue that we implement stronger renewable energy goals to create good jobs, cut pollution and ensure a sustainable and prosperous Pennsylvania for future generations. With the AEPS percentage requirements set to plateau in 2021, and dire consequences for inaction to reverse the effects of climate change,  it is time we tap into the enormous benefits from increasing our renewable energy goals and re-establish Pennsylvania as a clean energy leader.”

“Renewable energy creates jobs, saves farmers, and can help us to save the planet. We believe strongly that this proposal could be one of the largest economic development and job stimulus bills in decades,” added Sen. Haywood.

A forward-thinking policy when enacted in 2004, the AEPS percentage requirements are set to plateau in 2021, setting the stage for modernizing the standards.  In the years since the legislation was enacted, neighboring states have set more aggressive standards that has left Pennsylvania trailing behind.  SB 300 seeks to bring Pennsylvania back into the forefront as a clean energy leader by:

Sen. Comitta, Democratic Chair of the Senate Environmental Resources and Energy Committee added, “The climate crisis is not stopping. Neither can we. Pennsylvania must recommit itself to realistic and achievable renewable energy requirements. Thirty percent by 2030 is just that – a job-creating, emissions-reducing, cost-saving, economy-building, forward-thinking goal. As we look ahead to the 51st Anniversary of Earth Day, let’s work to restore our planet through competitive renewable energy standards that support the health of our economy, the health of our environment, and the health of all people.”

The trio of lawmakers were joined by Democratic colleagues in support, many calling attention to the economic benefits of renewable energy, specifically job creation for generations to come.

Senate Minority Leader Jay Costa (D-41) said, “Forward-thinking policies like updated AEPS standards can curb the disastrous impacts of climate change while also fostering a stronger clean energy economy in the Commonwealth. This is a job-creating, planet-sustaining piece of legislation I am proud to support.”

“Modernizing Pennsylvania’s emissions standards and prioritizing renewable energy are not only key to securing a sustainable future for our kids, they are key to rebuilding our economy, creating new jobs, and putting Pennsylvanians in many trades and professions back to work,” said Senator Maria Collett (D-12). “It’s time for our Commonwealth to fulfill its potential as a clean energy leader and bring new jobs and new businesses to the state when we need them most.”

Sen. Nikil Saval (D-1) said, “The importance of this expansion cannot be understated. AEPS is one of the few Pennsylvania programs pushing renewable energy forward, and this push will mean that we are lowering emissions, while simultaneously preparing our economy, our built infrastructure, and our workforce for the future. The people of Pennsylvania deserve this investment.”

Several colleagues also voiced support for the local impact clean energy would have on their districts, particularly for farmers and those in low income neighborhoods.

“Incorporating more solar and wind energy into our everyday lives is going to be one of the best ways to secure our future, and that includes the agriculture sector,” said Sen. Judy Schwank (D-11). “For example, farmers in my district are already learning about and using solar energy as a way to cut energy costs and make additional income on the farm. We all must make a personal commitment to preserving our natural resources, not just on Earth Day but every day.”

Sen. Anthony Williams (D-8) echoed the local impact modernizing AEPS would have on his district, saying “Clean energy production is vital to environmental justice, improving air and water quality especially in low-income neighborhoods throughout the Commonwealth. This is an issue that ripples across Pennsylvania, in rural, suburban and urban communities that have been devastated by toxic pollution.”

With Earth Day right around the corner, the message was clear—if we want to curb the devastating effects of climate change and create a more sustainable future, we must act quickly.

“We have heard for years that we must act now to avoid the most dire impacts of climate change and for years the political courage has been absent to accomplish what needed to be done in order to save our planet,” said Senator Katie Muth (D-44).  “Now we have reached a point where we are realizing the impacts of our inaction – extreme weather events, growing climate based global instability, and increased disease and viruses.  We are now in a moment where discussion needs to turn into action and implement solutions to stop further harm from occurring. Our constituents and scientific experts know that this matter is real and we are far behind schedule.”

“I’m glad to see our caucus invested in pushing Pennsylvania towards a sustainable future,” said Sen. Amanda Cappelletti (D-17).  “It is a necessary step in the right direction, which will create countless job opportunities in green energy. This is why I support moving to 100% renewable energy by 2050. We cannot be held back by pessimism and fear, we don’t have time.”