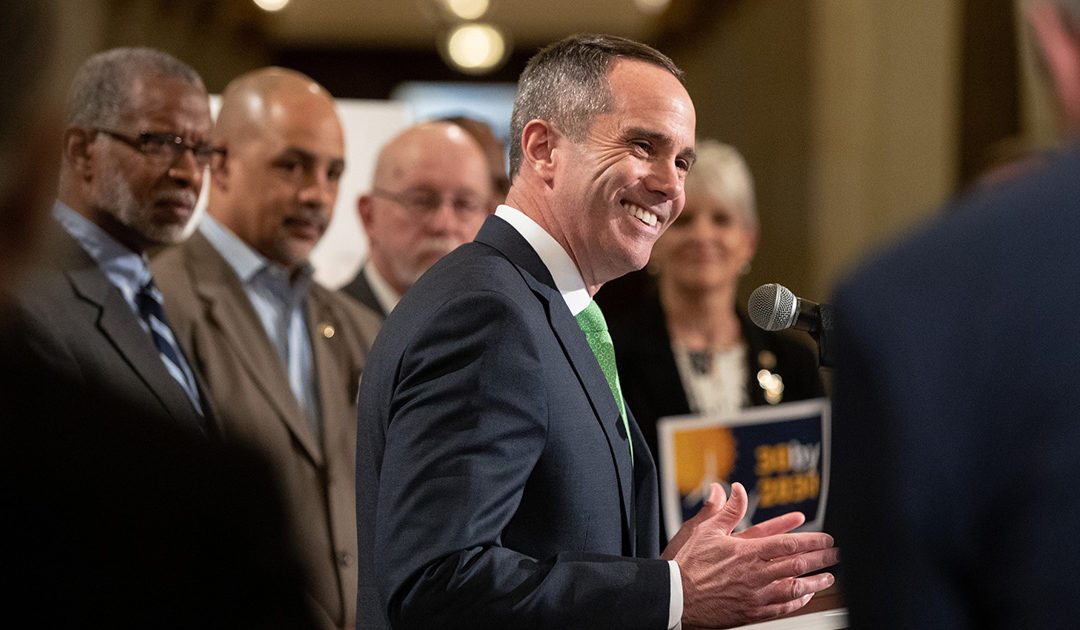 Through an upcoming bill, the legislators aim to boost the use of clean, sustainable energy, create thousands of new jobs, and set Pennsylvania’s renewable energy goal at 30% by 2030. The legislation would also direct the Pennsylvania Public Utility Commission (PUC) to study the benefits of a renewable energy storage program and provide for several protections that control costs for electricity customers. The AEPS was originally initially enacted in 2004, but has since become outpaced by neighboring states.

“These standards don’t just measure progress when it comes to clean energy, family sustaining jobs, and environmental stewardship. They tell our children and grandchildren that we care about their future,” Sen. Santarsiero said. “I refuse to sit on the sidelines when so much is at stake for the next generation.”

“It is long overdue for Pennsylvania to implement new clean energy goals to create good jobs, cut pollution, and ensure we are a sustainable and prosperous state for the future of everyone,” Sen. Haywood said.

“Expanding renewable energy is critical to Pennsylvania’s future,” said Sen. Killion. “Modernizing our energy standards will protect the environment and create thousands of jobs. Substantially boosting renewable energy is absolutely the best way to provide cleaner air for our families while growing our state’s economy,” he added.

“The fierce and immediate urgency of climate change requires a fierce and immediate response,” Rep. McCarter said. “Thirty by ’30 is an excellent immediate goal. It’s reasonable and achievable. It creates jobs in Pennsylvania. And most importantly, it sets the stage for the much tougher work to come.

“I am proud to join my fellow colleagues in supporting legislation that calls for modernizing the Alternative Energy Portfolio Standards,” said Rep. Carolyn Comitta. “Our state has already made important investments in alternative and clean energy technologies, but we must do more. Adjusting our electrical energy requirements to 30% by 2030 will solidify our path to reducing our carbon footprint and advance Pennsylvania toward becoming a national energy leader.”

A link to the memorandum outlining the proposed legislation can be found here.

Sen. Santarsiero has district offices in Doylestown and Newtown and can be reached via email at SenatorSantarsiero@pasenate.com. Visit the district website at www.senatorstevesantarsiero.com.

Sen. Haywood has district offices in Philadelphia and Abington can be reached via email here. Visit the district website at www.senatorhaywood.com.

Sen. Killion has district offices in West Goshen and Brookhaven and can be reached via email here. Visit the district website at www.senatorkillion.com.

Rep. McCarter has a district office in Glenside and can be reached via email here. Visit the district website at www.pahouse.com/McCarter/.

Rep. Comitta has a district office in West Chester and can be reached via email here. Visit the district website at www.pahouse.com/Comitta/.