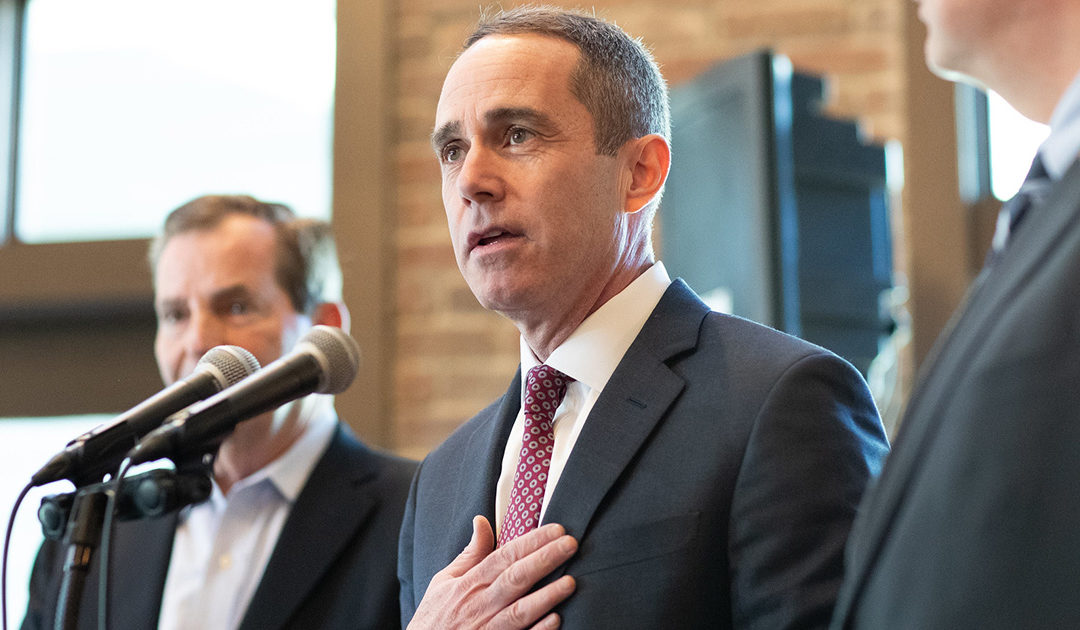 LOWER MAKEFIELD — January 17, 2020 — State Senator Steve Santarsiero (D-10) was joined by state Representative Perry Warren (D-31) and Jim McCaffrey, of McCaffrey Food Markets, today at DeLorenzo’s Tomato Pies in Yardley, Pennsylvania for a press conference on the referendum that is expected to be on the ballot during the next election in Lower Makefield Township (LMT). This ballot referendum would give residents the opportunity to vote to allow the sale of alcoholic beverages in Lower Makefield Township, which currently is the only municipality in Bucks County that operates as a dry municipality.

In June of last year, Sen. Santarsiero had the state liquor code amended to reduce the number of signatures required to get a referendum on the ballot to a flat 500.

“This is about giving the people of Lower Makefield a choice,” said Sen. Santarsiero. “Whether the referendum passes or not, that decision should be made by the residents. That’s what this referendum is all about.”

The local referendum process is governed by the Bucks County Board of Elections (BOE) and requires a minimum of 500 resident signatures to be collected during a petition period, which will take place between January 28 and February 18, 2020. The petitions will then be filed and reviewed by the BOE’s solicitor and the BOE must vote to approve the ballot question before it appears on the ballot.

Jim McCaffrey, along with other restaurant owners in the area, have launched an awareness campaign to promote the referendum. More information on this campaign can be found at www.YourTownYourChoice.com.