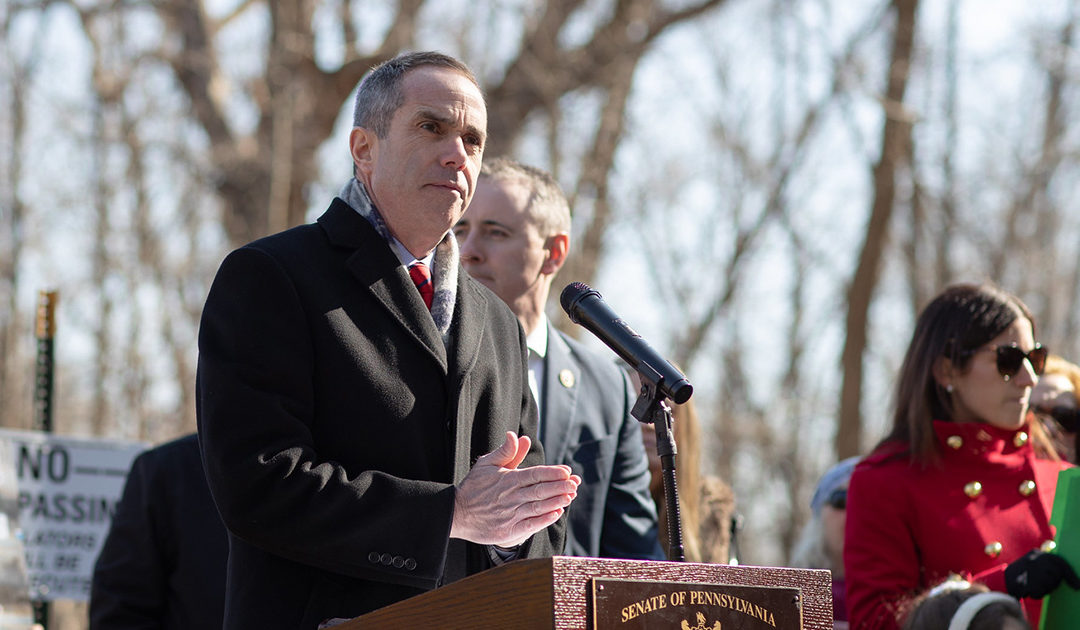 EAST ROCKHILL TOWNSHIP – April 3, 2020 − State Senator Steve Santarsiero (D-10) announced that the lease agreement for mining at Rockhill Quarry has been terminated.  The decision to terminate the lease has been agreed to by Hanson (the owner) and Pierson (the contract operator) for the property. Hanson has also requested an extension to respond to comments requested by the Department of Environmental Protection (DEP).

“The termination of Pierson’s lease to mine at the quarry is a tremendous victory for the residents of East Rockhill Township, who have been tirelessly fighting to protect the health and safety of everyone in the community,” Sen. Santarsiero said. “While we know that there is a strong possibility that Hanson will pursue further testing and will try to resume activities at the quarry at some point in the future, the lack of an active operator at Rockhill Quarry is a huge step in the right direction.  I will continue to work with REPA, the township and our state and federal officials to prohibit mining, crushing and asphalt activities at the site.  The presence of asbestos at the quarry makes those activities inherently dangerous no matter who operates there.”

“The testing for asbestos at the Rockhill Quarry is a major concern with the residents of East Rockhill Township,” Katie Zackon of Rockhill Environmental Preservation Alliance (REPA) said. “REPA requests that PADEP does not accept the extension, and requires Hanson to respond to PADEP’s comments as scheduled for April 6, 2020. REPA continues to request that PADEP require that all operations at the Rockhill Quarry permanently cease.”

Sen. Santarsiero will be working closely with DEP to keep informed of any requests to transfer the permits or begin a new contract.  Sen. Santarsiero has previously called for the permanent closure of the quarry, citing community health risks due to findings of asbestos at the site.  Mining operations have been temporarily halted since late 2018 when DEP confirmed positive tests of naturally occurring asbestos at the quarry.