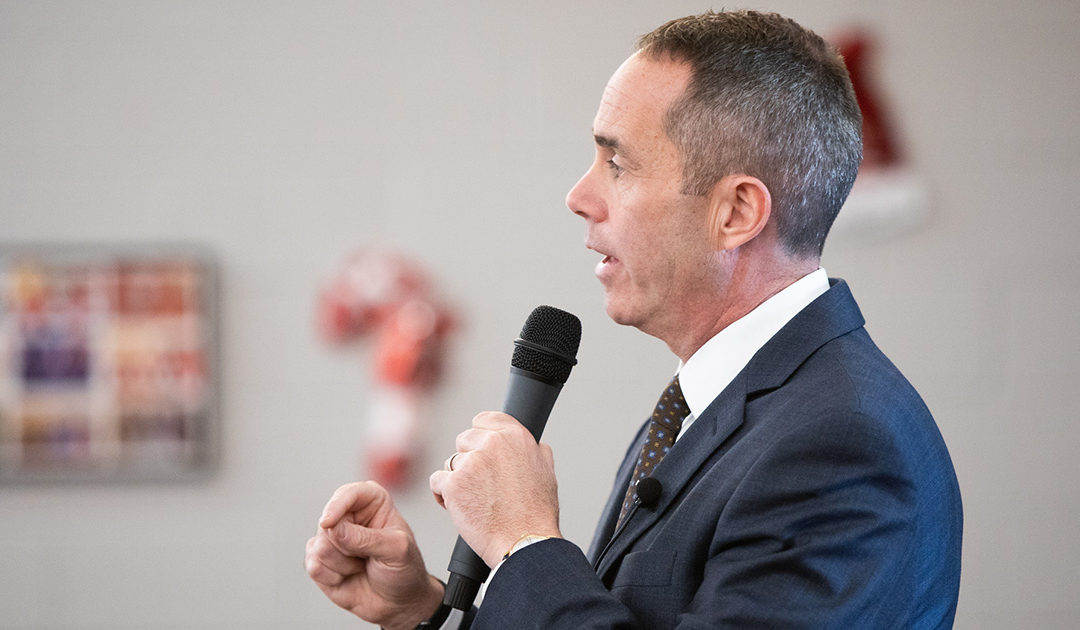 BUCKS COUNTY – April 15, 2021 – State Senator Steve Santarsiero (D-10) held a virtual press conference today, along with Bucks County Commissioners Diane Ellis-Marseglia and Bob Harvie, Bucks County Solicitor Joe Khan, and Steve Miano, counsel representing the Democratic Senators in Yaw v. DRBC, to announce that Bucks and Montgomery Counties have joined the Senator and his colleagues in their effort to preserve the authority of the Delaware River Basin Commission to ban fracking in the Delaware River Basin.

“The Delaware River Basin is home to five million Pennsylvanians who are guaranteed the right to clean, safe drinking water through the Environmental Rights Amendment to the state Constitution,” said Sen. Santarsiero.  “Today, I am pleased to share that Bucks and Montgomery Counties have joined the effort, started by my  Democratic colleagues and me, to protect that right, and ensure that the Delaware River Basin Commission can continue to act within its authority to keep our waters safe from fracking.”

“We are not just here for ourselves; we are here to prepare the world for future generations,” said Diane Ellis-Marseglia, Chair of the Bucks County Board of Commissioners.  “Natural resources, including the river, need not be destroyed for our grandchildren and their grandchildren by selfish covetous acts in 2021.”

“The Delaware River has been the lifeblood of Bucks County since the arrival of William Penn. It’s impossible to overstate its importance to the history, economy and culture of our county. We need to do all we can to protect it,” said Bucks County Commissioner Bob Harvie.

Sen. Santarsiero also shared that the Senate Democrats today filed their motion to dismiss plaintiffs’ suit, in which they have sought to overturn the Delaware River Basin Commission’s now-permanent ban on fracking in the Delaware Basin.

“The DRBC has continued its steadfast commitment to protecting the Delaware River Basin, as it was charged to do, and by doing so, has helped ensure our right as Pennsylvanians to clean water,” said Sen. Santarsiero.  “Our position is strong, and I believe that constitutional right for all Pennsylvanians will be found to supersede the Republicans’ arguments for monetizing our natural resources.”

“The Plaintiff Counties who joined this misguided lawsuit do not speak for all counties within the Delaware River Basin – and they certainly don’t speak for the people of Bucks and Montgomery County,” said Bucks County Solicitor Joe Khan.  “We have a fundamentally different view of the constitutional right to clean water, and of our obligation to protect our natural resources.  We are proud to stand with our allies in asserting our interest in preserving the prohibition against fracking.”

Montgomery County Commissioners Val Arkoosh and Kenneth Lawrence, who were unable to participate in the press conference, voiced their support in written statements.

“The quality of the Delaware River Basin watershed is critical to the health of 5.6 million Pennsylvanians, the sustainability of countless species, and local jobs,” said Dr. Val Arkoosh, Chair of the Montgomery County Board of Commissioners. “This lawsuit stands to put our drinking water and economy at risk and it should be dismissed.”

“Montgomery County is proud to stand with the intervener State Senators in seeking to have this lawsuit dismissed,” said Kenneth E. Lawrence, Vice Chair of the Montgomery County Board of Commissioners. “Protecting the Delaware River Basin from fracking is vital to the preservation of more than 13,000 square miles of drinking water that supplies the Delaware River and its tributaries.”

The Democratic Senators’ motion to intervene in the lawsuit was filed in U.S. District Court for the Eastern District of Pennsylvania and was granted on March 19, 2021.  Court filings and previous announcements on this matter can be found here.