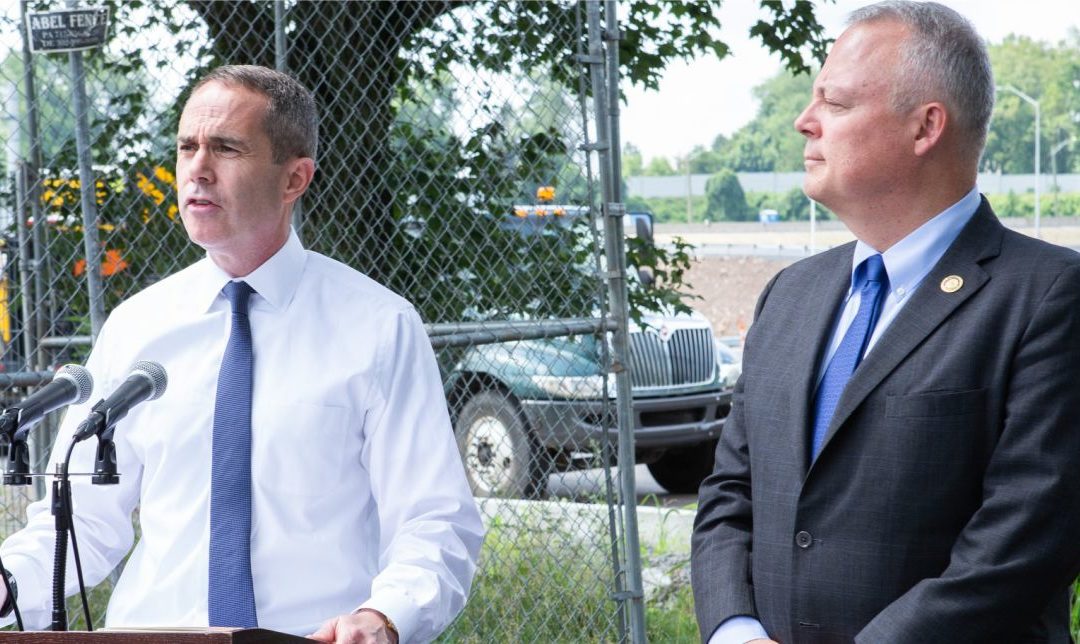 BUCKS COUNTY − July 12, 2019 − State Senator Steve Santarsiero (D-10), and state Representative Perry Warren (D-31) held a press conference near the Scudder Falls Bridge interchange in Lower Makefield to announce SB 451 and HB 329, legislation that would alleviate some of the burden placed on Pennsylvania-based drivers and businesses whose tolls are used to build roads and bridges across the Commonwealth.

SB 451 and HB 329 would provide a tax credit to cover 50 percent of a taxpayer’s toll-related expenses for the taxable year, up to $500. Tolls incurred while traveling on the Pennsylvania Turnpike, as well as all toll bridges operating under the Delaware River Joint Toll Bridge Commission or the Delaware River Port Authority, would be eligible for the tax credit.

“Commuters, families, and businesses across southeastern Pennsylvania, who regularly pay tolls to maintain our roads and bridges, deserve the tax relief outlined in SB 451. With this tax credit, local commerce can thrive and expand,” Sen. Santarsiero said.

This legislation is the latest in a series of infrastructure improvements that Santarsiero has fought for over the years. During his time as township supervisor in Lower Makefield, Santarsiero advocated for a sound barrier along I-95, and as state representative in the 31st district, he fought the repeal of a longstanding reciprocity agreement between Pennsylvania and New Jersey on income taxes.

“This legislation will reduce the cost of commuting, reduce business costs, and will spur economic development,” Rep. Warren said. “Through a commuter tax credit, we are looking to benefit our community and build our economy.

The full press conference can be viewed here. Click the links provided to view SB 451 and HB 329. A briefing on both bills is also included as an attachment.